Adult:
Gray mottled moths with a coppery band at the tips of the wings.

Eggs:
Laid singularly, not in clusters. Pinhead sized, disc-shaped and transparent white when first laid. As they mature they become opaque white and develop a red ring. Just before hatching the black head of the larva becomes visible.

Larvae:
Newly hatched larvae are pinkish white with a black head. Mature larvae are about 0 .75 in or 19 mm long and pinkish white with a mottled brown head. In walnuts, codling moth larvae look similar to those of the navel orangeworm. However, they do not have the crescent-shaped marks on the second segment that distinguish navel orangeworm larvae. 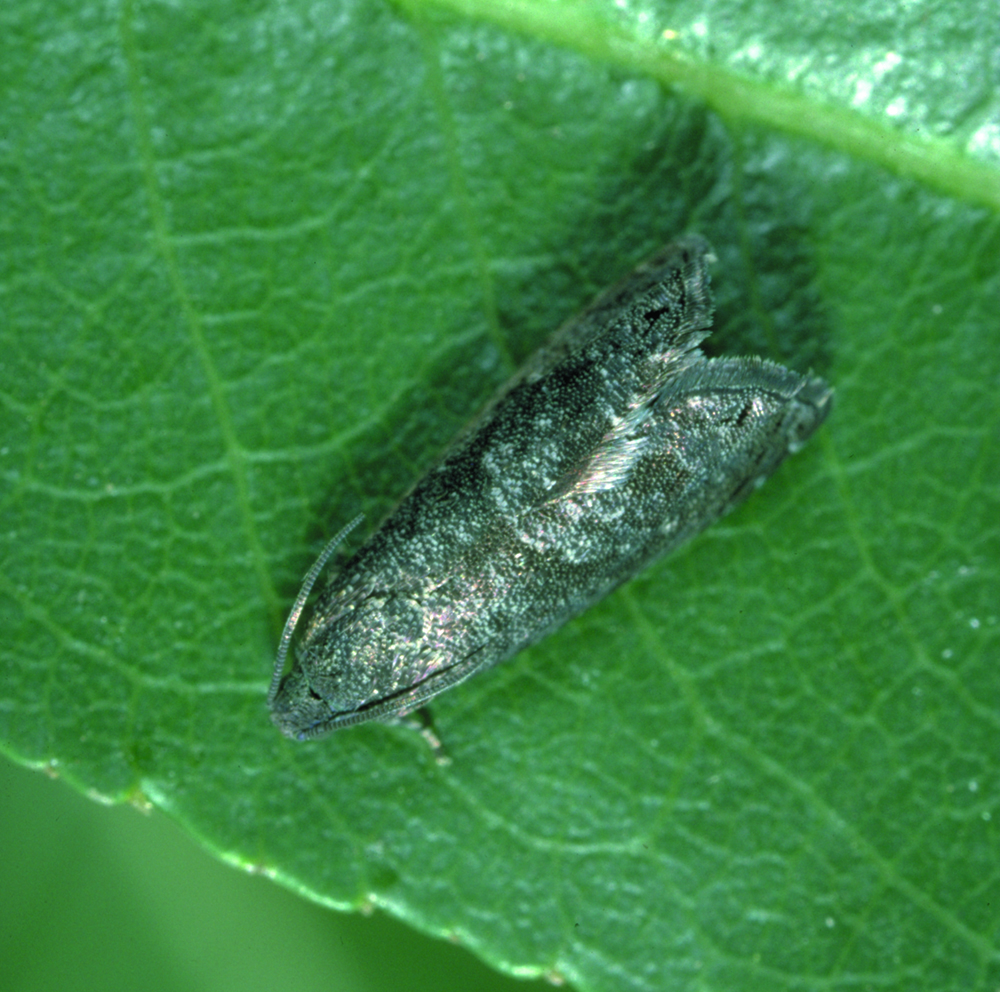 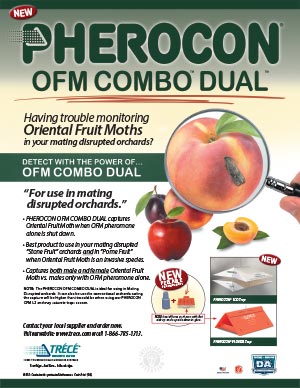 Effective Insect Monitoring, Mating Disruption and Control Systems, for Conventional and Organic Use.

OUR PRODUCTS
This website uses cookies to provide you the best experience. By clicking the “Accept” button below, you are consenting to receive and store cookies from our site. Remember, you can manage cookies in your browser’s settings. If you do not accept the deployment of cookies or restrict them in any way, you may not be able to use all the interactive functions on our website. For more information about our use of cookies, please view our Privacy Policy. ACCEPT